Morris of the Month - April

This months 'Morris of the Month' is owned by East Midlands Branch committee members Brian and Alison Fletcher. Alison and Brian are regular attendees of MOT and have travelled thousands of miles across Europe in their ex-army Traveller. But this isn't their first Morris, and their passion for cars doesn't stop there.

So lets hear a little more about Brian and Alison's 35 years as MMOC members, some incredible restoration work, and their current car 'The Traveller':


Type/Model of Vehicle: Morris Minor 1000 ex-army Traveller
Year of Production: 1970
Date you acquired the vehicle: 2000
Vehicles Name: The Traveller
Colour: Deep Bronze Green
Special Features/upgrades: It has some modifications but they don't detract from its outward appearance. It has disc brakes and a servo. A 5 speed type 9 Ford Sierra gearbox. The engine is bored out to 60 thou. It has a 2.66 camshaft and a modified cylinder head. A H 1F 36 SU Carb, Maniflow Exhaust system, and an electric cooling fan. The front seats are Rover Metro seats and the rear seat has been re-trimmed to match. There are inertial seat belts front and rear.
Year you joined the MMOC: We joined the Club in 1981 when we bought our 1st Morris. It was originally my Dads'. This one did have a name FIDO because the registration was FDO 680D. It was black and it was the 1st car we went on MOT in, in 1987.

Your favourite story/fact about your Minor: CAU 234H is an ex army vehicle and was in Germany with BAOR. It was used very little in Germany and was stationed in Hamm and mainly used on the Base. We have some paperwork which authenticates when it arrived there and some of its service history.
It had only done 11,000 kilometres when we bought it and still has the original speedo.
When we bought the vehicle we sent off the log book to register change of ownership so we could tax and insure it. We received a letter from the DVLA saying that the traveller we were trying to register was in fact a car.
We assured  them it was a Traveller and later found out that the previous owner had used the details from a saloon he owned to tax and register the traveller.
An inspector came and checked the traveller and accepted that it was a genuine Traveller and we were allocated a period number.
We also retrieved the original army plate which is under the bonnet which says Tropical on it. It also has a larger radiator than usual. We can only surmise that the Traveller was originally destined to go somewhere hot! 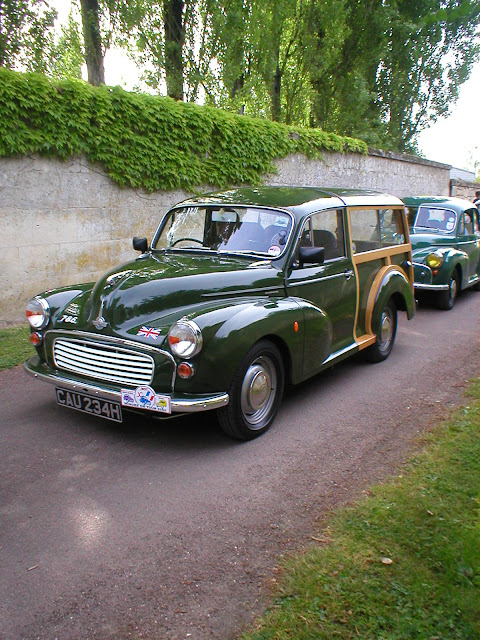 Favourite place you've visited in your Minor: We took the Traveller on its 1st MOT in 2002 to the Tarn; we had just finished it. We went the week before MOT it was lovely but the actual week of MOT was very wet and the Traveller had to stand out all week in the rain but it did stay dry inside.

On the road run which all the cars take part in we were waiting at traffic lights when an elderly man in a Citroen ran into the back of us. We fully expected to get out and find the back damaged but fortunately the plastic bumper of the French car hadn't done any major damage. But we found out later that the bumper blades had been slightly twisted and it had affected the joints in the wheel arches.
Other vehicles/First ever car: The first car Brian had was an Austin Ruby 7, in fact he had 2. Then he had 2 Citroen Light 15s the first was a 949 car the 2nd a 1953 car both built in Slough. We have owned 6 Morris Minors 3 saloons , 2 Travellers and a Series II van. All of them Brian has restored himself and apart from engine tuning he does all the work himself. He rebuilt SOX 419, a Series II  saloon which we exhibited in Concours, winning Grand Masters 4 years running. We sold the van before it was finished because we bought another saloon LUR 1H. We wanted to tow a caravan so Brian put a Metro Turbo engine in it with a Fiat UNO inter-cooler and 5 speed gear box and Spax suspension.
He has also rebuilt an Austin Healey 100/4 which was an ex Californian car that eventually went to Portugal. He also rebuilt a Griffon kit car which was based on the Vauxhall Magnum which coincidentally he had put the same engine in another Morris Saloon that he built for our youngest son. 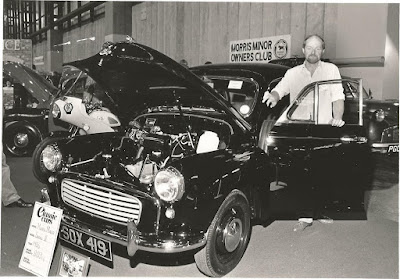 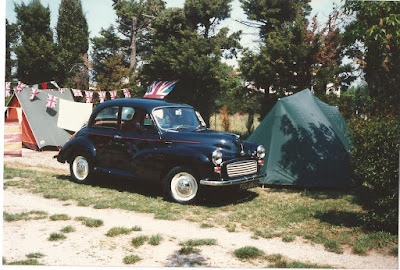 Other hobbies/interests/pastimes: We don't have much time for other hobbies but we like walking and I take Georgia to brass band competitions and concerts, Georgia is also mad about cars (but faster ones) although I don't think she would be averse to having a Moggy, she's already driven a Mini around Oulton Park. Brian has also driven round Oulton Park recently in a BMW Z4 an experience he thoroughly enjoyed. 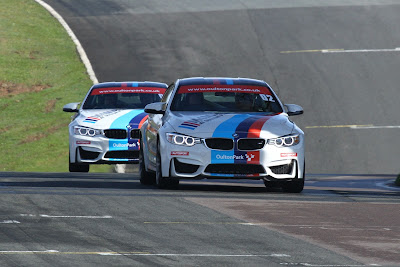 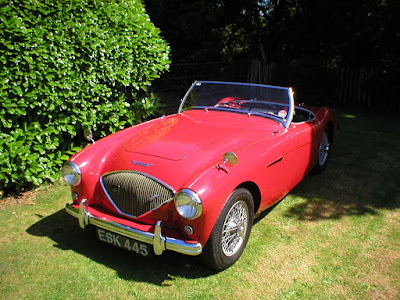 Huge thanks to Alison and Brian for being April's 'Morris of the Month' and telling us all about their brilliant Traveller and its colourful history!

If you are interested in being the next Morris of the Month, please get in touch!