After joining the East Midlands Branch of the MMOC at the beginning of the year, I got involved in some conversations about Branch days out, or even weekends away to get us all motoring about in our Minors. After much discussion we settled on the venue for the first ever EMMMOC Minor Holiday, with the promise of fish and chips, salty sea air and miles of moorland; Whitby was chosen as our destination.

And so I set about doing what I do best, organising things. Luckily a hotel out of the hustle and bustle of the town, and with a secure, well sized car park was enthusiastic about the idea of our motley bunch taking over the hotel for a few days. So the dates were set and all that was left was to make the 137 mile trip to Whitby.

Slightly nervous about William's longest journey since he became my Minor, we thought it prudent to carry out some general maintenance, find the time to do a few little jobs which were long awaited and I bit the bullet and joined the AA as a sensible measure should the worst come to the worst. Thankfully my emergency measure proved wholly unnecessary and William never missed a beat (save for a slight loss in power - which as it turned out was caused by a spot of vigorous parking resulting in an exhaust pipe clogged with soil).

We arrived in Whitby to find the rest of our party in good spirits and the 2 Travellers and Tourer which made up our fab four had arrived safe and sound. True to form (I'm regularly mocked for my military precision and planning) I handed out sheets on local attractions to give everyone the chance to get the most out of Whitby and tailor the trip to their tastes. A number of beverages later and it was time to catch some sleep ready to explore Whitby ...

First port of call on my whistle stop tour of Whitby was its famous Abbey. I'd never visited the Abbey before, but heard plenty, and as a fan of horror literature recently having re-read Dracula it was high up my must see list. Its obvious why Bram Stoker was so inspired by this hauntingly beautiful, dilapidated slice of gothic architecture. Its commanding position atop the cliffs certainly has a powerful impact.
Next was the opportunity for another first; my first ride on a steam train (after previous attempts were thwarted by vintage diesels). North Yorkshire Moors Railway operates 18 miles of heritage track through little villages and rolling countryside. We took the opportunity to visit two villages en route, the site of a maintenance shed where all sorts of exotic locomotives were being restored and cared for, and a famous filming location which housed Heartbeat and featured in Harry Potter.

The third day we all took a drive down to the picturesque village of Robin Hood's Bay, lining up our Minors for a perfect view across the bay and out to the big blue. After a wander around the winding streets and hills of Robin Hood's Bay and a potter on the beach, it was time for the fab four to part company, as everyone else headed for a pot of tea and the road home, while we drove off to see Old St. Stephen's Church.

On the way to see this mysterious Georgian Church perched on the hillside we called in to take a look at a Morris pick-up we'd spotted earlier. Owned by a local builder he was a friendly chap and seemed pleased to see another Minor stopping by to say hello. After a wander around the faded old church and its graveyard (which was curiously tended to by some unlikely gardeners, a small flock of nervous sheep) we traversed Whitby's narrow alleys and vast promenades, taking a walk along Tate Hill Sands where Dracula's ship ran aground before returning to the Morris to make our journey back to Derbyshire.

Trundling along the moorland, we approached a sign we had seen a number of times previously 'Barn Antiques'. After some discussion we decided it was worth stopping to take a look (we had been scouring reclamation yards back home looking for the perfect Victorian cast iron fireplace for a housing restoration, so far to no avail) so ventured down a track to explore what turned out to be an Aladdin's cave of glorious old things. After some searching we found the perfect fireplace, at last! Unfortunately to my horror I realised that meant one thing - it going 137 miles back home in my Morris. After emptying the car, and a tentative load (in which I winced as the cast iron beast barely made it through my boot) William was laden down and back on the road.

Our first EMMMOC Minor Holiday was great fun, we had a lovely time in Whitby and certainly packed in plenty! Huge thanks to everyone who was part of the trip and made it a very memorable few days away in our Minors, I hope you all had a brilliant time too. 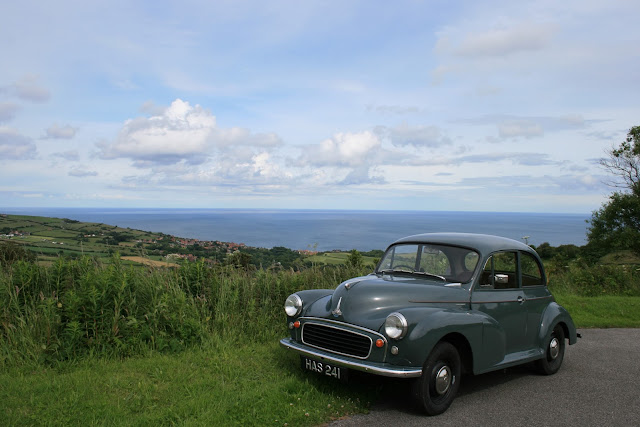 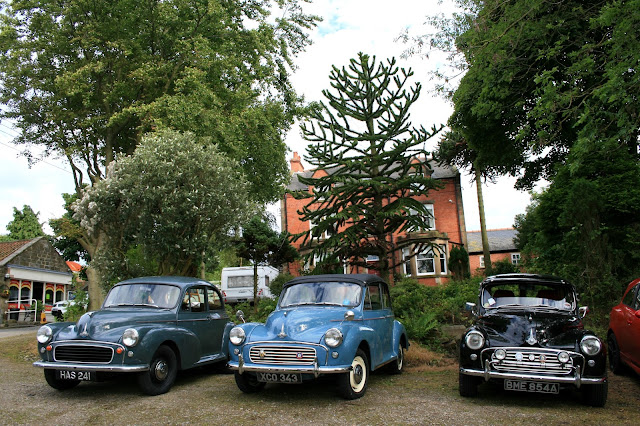 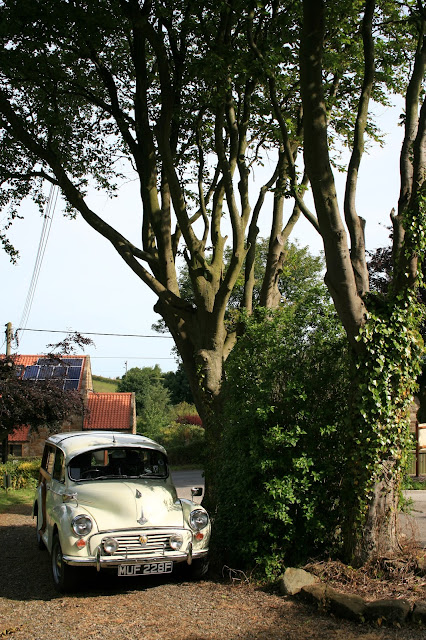 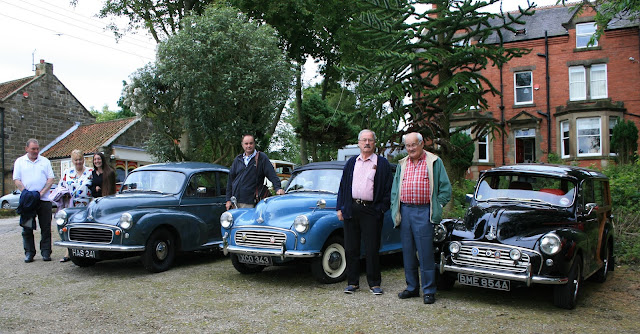 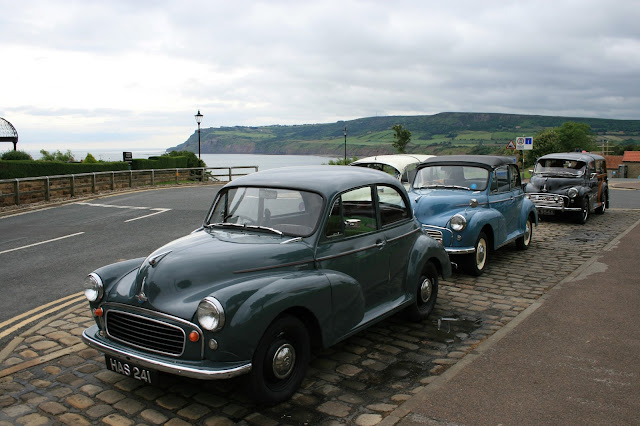