During this months meet we were treated to a talk on 'The life of a Soldier' by Matthew Moore. The talk focused around the question of 'What does it take to win a war?' and looked at WWI and WWII from an unusual and interesting perspective.
Matthew's talk illustrated by an array of artifacts covered some of the equipment and uniforms worn by both the British and German armed forces during the 20th century. The talk explored important but probably rarely considered elements such as helmet design, how to clean a rifle and the incredible importance that design differences surmount to overall. My personal favourite 'design difference' was the contrast between British and German tent pegs. German tent pegs being a skillfully crafted work of art tipped with brass, carefully worked to shape and even varnished, while you'd be forgiven for thinking the British tent peg was a hacked chock of wood (which is exactly what it was) virtually unrecognisable as a tent peg, yet serving its function all the same.
The wonderful collection on display, and Matthew's knowledge and self confessed obsession with military history and artefacts told us that far more than our tactics, grit and guts, our success in WWI and WWII was actually largely thanks to British austerity. Keeping tight reign on the purse strings and cutting costs in the most unlikely of places meant resources were reserved and stretched to meet the needs that long warfare requires.

Many thanks to Matthew Moore for sharing both his knowledge and collection with us in what was an incredibly interesting view into the life of a Soldier. 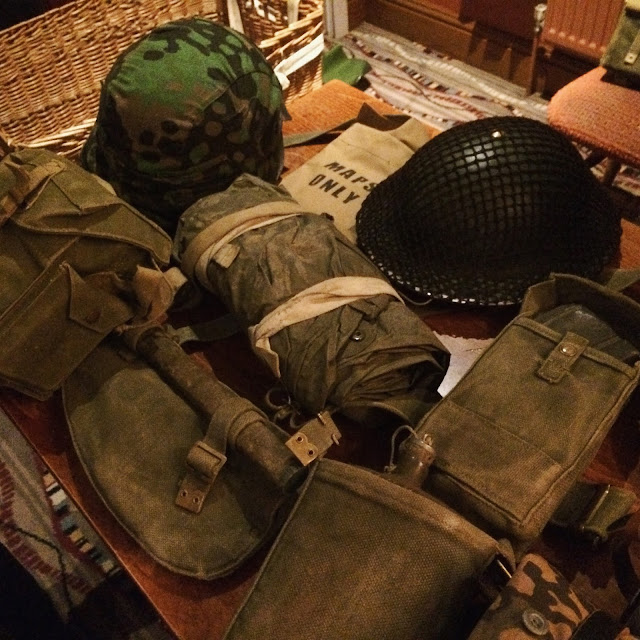